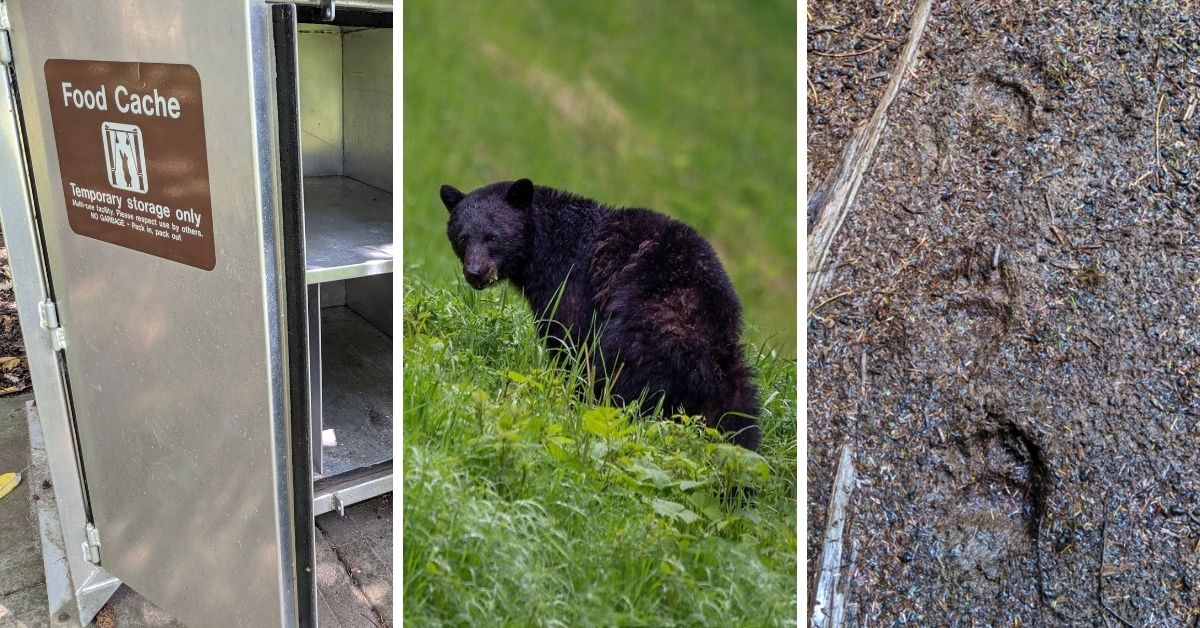 Learning some basic bear safety is absolutely essential for anyone planning to explore beyond Victoria’s city streets.

While bear attacks remain incredibly rare – you’re actually more likely to be hit by lightning – it is crucial to know how to avoid a negative encounter and what to do in the very unlikely event it does happen.

This guide will cover essential bear safety tips to help you feel confident to discover Vancouver Island, whether you’re visiting for the first time or a long time resident exploring the outdoors for the first time.

It’s totally normal to be frightened at the prospect of encountering a bear, especially if you don’t live in Canada or are new to outdoor activities.

I grew up in a place where the most dangerous creature is a rarely seen snake. So I get it. It took me a long time to get over late night tent paranoia, where every rustle and crunch sounds like a bear!

Now, I’m deeply fascinated by bears and always hope to see one from a safe distance. I do, however, do everything I can do minimise the case of seeing a bear at close range.

Having some fear of bears is healthy (these animals deserve our respect), but it shouldn’t stop you from exploring the outdoors. The best way to reduce this fear is to learn the basics of bear safety – exactly the purpose of this guid

What has helped me become more comfortable when exploring bear country is knowledge.

These are the facts that have helped me:

This guide will cover how to avoid bear encounters and what to do if you see a bear. To start, let’s talk about the bears that live on Vancouver Island.

Vancouver Island’s black bears are omnivorous, meaning they eat plants as well as other animals. For the most part, they are pretty opportunistic – they eat anything that is available! This includes berries, roots, grubs, insects, carrion (already dead animals) and sea life.

In the spring, you may spot a black bear eating grass and dandelions on the roadside. The reason is simple – grass is easy to find and also easily digestible for a bear that has been asleep for a few months.

Being that they prefer to go for readily accessible food, black bears usually spend most of their time along the coast and in low lying forest. They do sometimes venture up into the alpine but not for long.

During the winter months (December to March), food is less available and so Vancouver Island’s bears find a den and go into a deep sleep. This is not true hibernation for them as their metabolic activity is still relatively normal and their body temperature doesn’t change much. They may wake up and move around at this time also.

How to avoid a negative bear encounter

The best way to stay safe around bears is to proactively avoid negative bear encounters. Follow these tips:

Making noise on the trail

Just as you may not want to meet a bear on a hiking trail, bears don’t really like to encounter humans either!

Bears have good hearing and are thought to associate voices with humans. If they hear you, they will usually avoid you.

Like Parks Canada (and other sources), I do not recommend the use of bear bells. They are not considered to be an effective way to communicate a human presence to bears. The repetitive sound can be like background noise (like a bird call or a stream) for bears. It’s also really annoying for other hikers around you!

Bear spray is an aerosol deterrent made with chili pepper oil. It’s designed to be deployed at close range (less than 10m) towards the face of an aggressive or charging bear.

It causes the eyes, nose and lungs of a bear to swell, restricting their breathing and sight. In most cases, the bear will then retreat. This allows the user to leave the area safely.

Bear spray is a ‘last resort’ tool, used only when other methods have failed. When deploying bear spray, you use the entire 225g cannister. It empties in around 7-9 seconds.

Some studies have shown that bear spray is more effective than shooting a bear with a gun. There has been further debate regarding the truth of this, however, but the fact remains that bear spray is the one of best defenses the average person can have against an aggressive bear.

When carrying bear spray, you should have it stored in an easily accessible place and know how to use it. If the occasion arises, you want to be able to deploy it fast.

What to do if you see a bear

In the event you see a bear:

Always remember that bears are stronger and faster than you. Bears can see well (especially at night) and their hearing is twice as good as ours. They generally do not want to attack you, however.

If the bear is in the distance

If the bear is close

If the bear was surprised or has cubs/food, it is likely to react defensively. It may appear stressed or agitated (swatting the ground, blowing, snorting). A defensive reaction is most common.

A non-defensive bear could be curious, looking for human food, testing its dominance or in very rare cases, predatory. The bear’s attention would be clearly directed at you with head and ears up. Standing up on its hind legs is a sign of curiosity (the bear is using it’s senses to identify you).

How to respond to a defensive bear

How to respond to a non-defensive bear

There is no perfect strategy to responding to a bear attack. That is why it is so much better to avoid a negative encounter in the first place. For more information, check out BearSmart

How to camp safely

Anything that has an odour can attract wildlife. Avoid inviting a bear or other wild animal to your campsite with the following tips!

Also known as ‘car camping,’ this style of camping is accessible by vehicle. A frontcountry campground usually has facilities including (but not limited to) allocated campsites, water, outhouses (or flush toilets), trash bins and even showers.

The easiest way to be ‘bear-safe’ at a frontcountry campground is to think ‘bare’! Your campsite should look almost empty when you’re not there, with only camping furniture left (tent, chairs etc).

A backcountry campsite is one situated in a wilderness area, only be accessed by foot, bike, horse, boat or plane. Facilities are limited.

Storing food in the backcountry

When backcountry camping, one of the most important aspects of bear safety is storing food and smelly items properly. When not in use, food, toiletries, cooking equipment and garbage should be stored securely, away from your tent.

When storage facilities aren’t provided, JR and I usually build a bear hang. For trips heading to alpine areas (where trees can be scarce), we bring our Ursack.

The most common way to see a bear on Vancouver Island is from your vehicle. Seeing a bear by the road is always exciting but the experience can hazardous for both you and the bear. Here are some tips:

Bear spray, as you may guess, is an absolute given. JR and I carry one cannister each. Some may say this is overkill but I like having a back-up.

Bear spray should be stored somewhere with convenient access. We personally use holsters to secure the bear spray to our hip, using a belt. When I’m wearing leggings, I often wear a waist belt and attach the bear spray to that.

To buy bear spray, head for an outdoor gear store. I love to support local when I can, but you can also reliably find bear spray at MEC, Canadian Tire, Cabela’s etc.

When you purchase bear spray, you’ll need to sign a waiver to assume all risk when using. The propellant in bear spray loses its potency over time – brand new bear spray will typically expire after 2 to 2.5 years.

If you’re flying to Vancouver Island, be aware that you cannot bring bear spray onto a plane.

We also sometimes bring a mini air horn. It delivers a shockingly loud sound that would startle any nearby bear. It could also be used to send a distress signal if needed.

One question we get asked a lot about our outdoor adventures is ‘how many bears do you see?’

The truth probably sounds pretty boring – not many.

And that’s OK with me. Don’t get me wrong; bears are beautiful, extraordinary creatures. It’s an incredible experience to be able to see them from an appropriate distance.

We have, however, only ever seen one bear on an official hiking trail. And even then, we saw just the back end of this black bear as it ran away. This was on the Della Falls Trail in Strathcona Provincial Park back in 2016.

In October 2019, we had three different (close-contact) bear encounters:

The thing that all these experiences have in common is that we were not in a wilderness setting. Cape Scott is reasonably remote but when we saw the bear, we were in a ‘developed’ area of the park, somewhere that anyone with a vehicle could access.

Bear encounters are uncommon, and dangerous ones even rarer. But bears live and travel closer to humans than you may expect. This is why bear awareness is so important. And also the reason why I carry bear spray on all trails, even short ones!

Preparation, proactive avoidance and knowledge are key when it comes to bear safety. Never be complacent.

All of the information contained in this post is based on first hand experiences, discussions with Parks Canada Rangers and the following sources:

This article is adapted from one that first appeared on offtracktravel.ca. 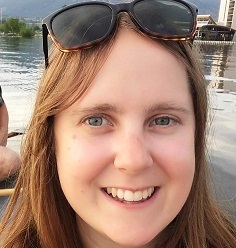